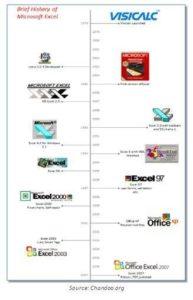 It all started in 1978-79 with the introduction of VisiCalc. Or did it? It’s about time to revisit history and we have Szilvia Juhasz leading the way. Also featuring in the episode are our very own experts: Oz du Soleil and Rick Grantham.

Chandoo.org has a brief and clear visualization of a Microsoft Excel’s entire history, spanning over 25 years. But, according to Szilvia, this timeline can more aptly be called the “digital” history of Excel. And she has her reasons.

Let’s get to them.

Szilvia argued that spreadsheets predate VisiCalc, and by as much as 3800 years! She showed picture of a Babylonian Clay Tablet from 1800 BC. The arrangement of data in rows and columns was clearly evident. What the tablet contained is still a matter of contention amongst historians. This could definitely be called ‘cavemen Excel’.

She further talked about how European astronomers in medieval times created tables to work out trigonometric theorems in order to predict planetary alignments. And these tables also had a proper row-column structure that resembles Excel.

Szilvia then went on to mention how pre-digital decision-making often relied on ledger papers. These tables also employed the concept of rows and columns, just like in Excel. An apparent problem with a non-digital solution is, of course, a hassle of erasing hours-worth of work just because of a tiny calculation error in the starting few rows. 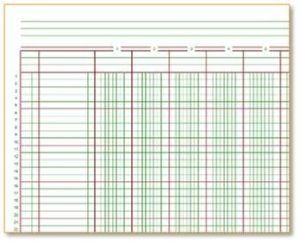 The original name for VisiCalc Electro-Ledger. And this is where Chandoo.org’s timeline starts from. VisiCalc was short for ‘Visible Calculator’. It was the first digital, real spreadsheet tool which didn’t require extensive programming. Quite interestingly, the inventors of VisiCalc, Dan Bricklin and Bob Frankston, had background in word processing, hacking and financial forecasting / budgeting. Their original idea was to put numbers and text anywhere and have a way of referring to them. The concept of using rows and columns to do this was born out of this need.

Szilvia then talked about Microsoft’s version of spreadsheet and how its revolutionary portability – designed to run on any computer – took over very fast. Then came Lotus 1-2-3 and it completely dominated spreadsheet market for many years due to very fast calculation speeds, owing to better algorithms.

When Excel was introduced, under the name “Odyssey”, especially after its 5th version, it took over the spreadsheet market from Lotus 1-2-3. Even Rick remembers moving things from Lotus 1-2-3 to Excel extensively when he was starting out in financial modelling. And, without surprises, this was all because of pivot tables. In the earlier days, one would have Windows just to run Excel.

And, finally, in 1993, Visual Basic Application (VBA) appeared on the scene. 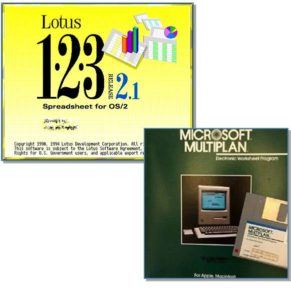 5 – Looking Ahead to the Future

According to Szilvia, there would not be much difference in future iterations of Excel compared to the current one. The future would be more about talent in Analytics.

In as far as use of Excel is concerned, nothing can be predicted. Maybe the introduction of Data Model in 2013 will eventually render VLOOKUPs obsolete, who knows?

A discussion of history always brings up a few unanswered questions. Here’s one for the audience? In Lotus 1-2-3, what does 1-2-3 stand for?

Share this video with Excel lovers out there. This amazing and short tour of history might bring back a lot of fun memories.

Do not forget to write to us with your experiences, fun anecdotes or views in the comments section below.