Introducing the CRAFT keyboard, a new way of working in Excel! - Excel TV

Introducing the CRAFT keyboard, a new way of working in Excel!

So here’s what’s up. Logitech reached out to me earlier this year to tell me about an exciting new product to make using Excel even easier and to make your time looking at spreadsheets more productive. At first, I have to admit, I was super skeptical. I get pitched a lot of products (usually of the software variety) and most of them are cloud-based spreadsheets and Excel add-ins that have been done before.

So I was particularly interested in Logitech’s pitch, since this wasn’t software but hardware—a new keyboard in fact. A keyboard called Craft. 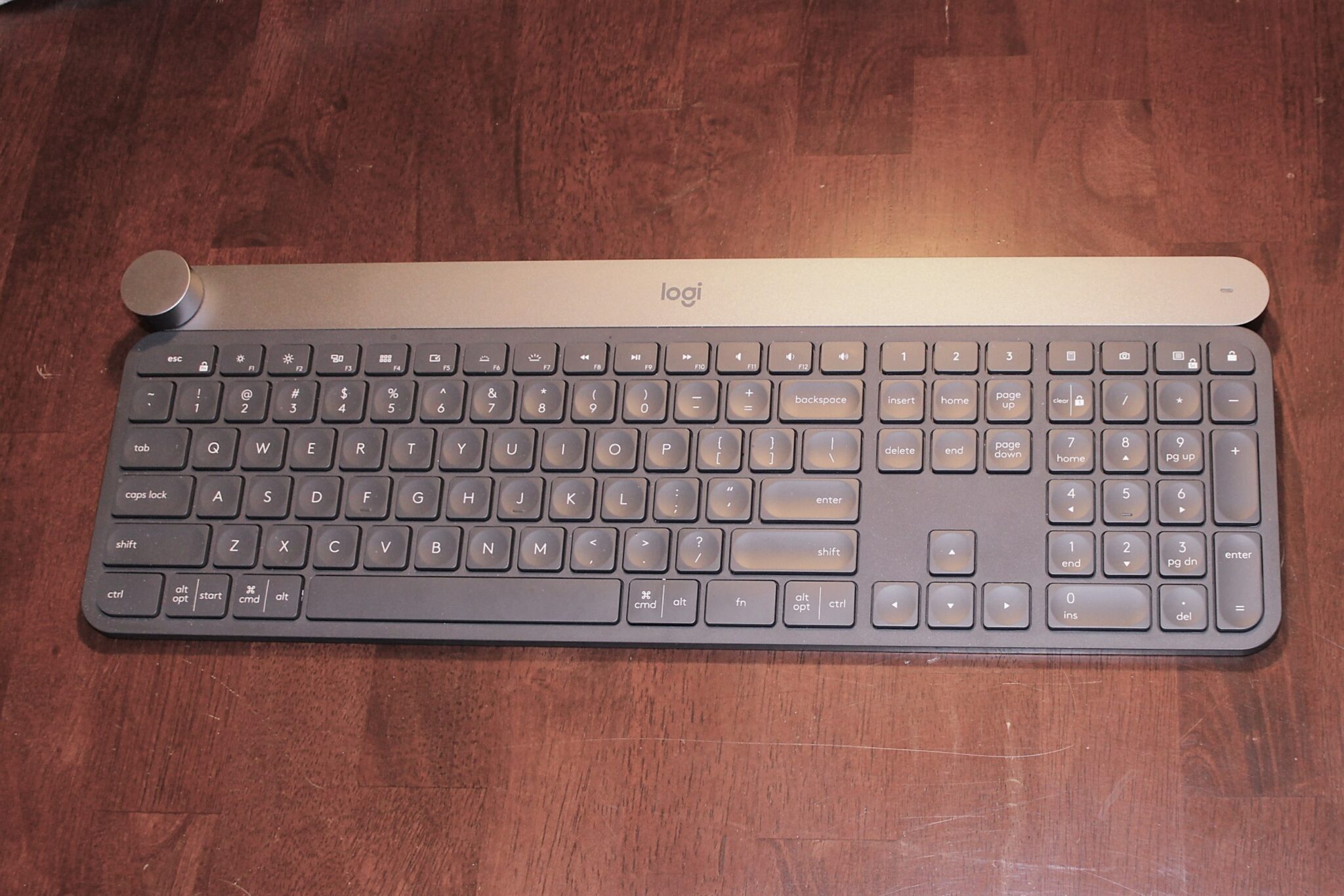 I’ve been using this keyboard for about six weeks and I have to say I’m pretty impressed. It’s well constructed and really enjoyable to use. I say this as someone who usually buys the junkiest keyboard out there thinking there’s little difference between them. But I have to say, the Craft keyboard made a compelling impact on my work. However, as Logitech will tell you, this is no ordinary keyboard; the real cherry-on-top is the noble, touch-sensitive wheel regally title the Crown.

Below, I begin the first part of my review of the keyboard, I talk about the Crown, and I let you know how you could get your hands on one for FREE!

I was immediately impressed (and surprised!) by how well this keyboard was designed. Unlike your typical plastic keyboards, this thing has weight—it doesn’t feel like a toy as computer peripherals often do. Despite the thinness of overall keyboard—and the shallowness of the keys—typing is a satisfying experience with the right amount of pushback. But perhaps the best part for me are those rubber grips. Rubber grips are the first thing to go on keyboard (either they wear out or their glue dissolves) but these ones aren’t going anywhere. 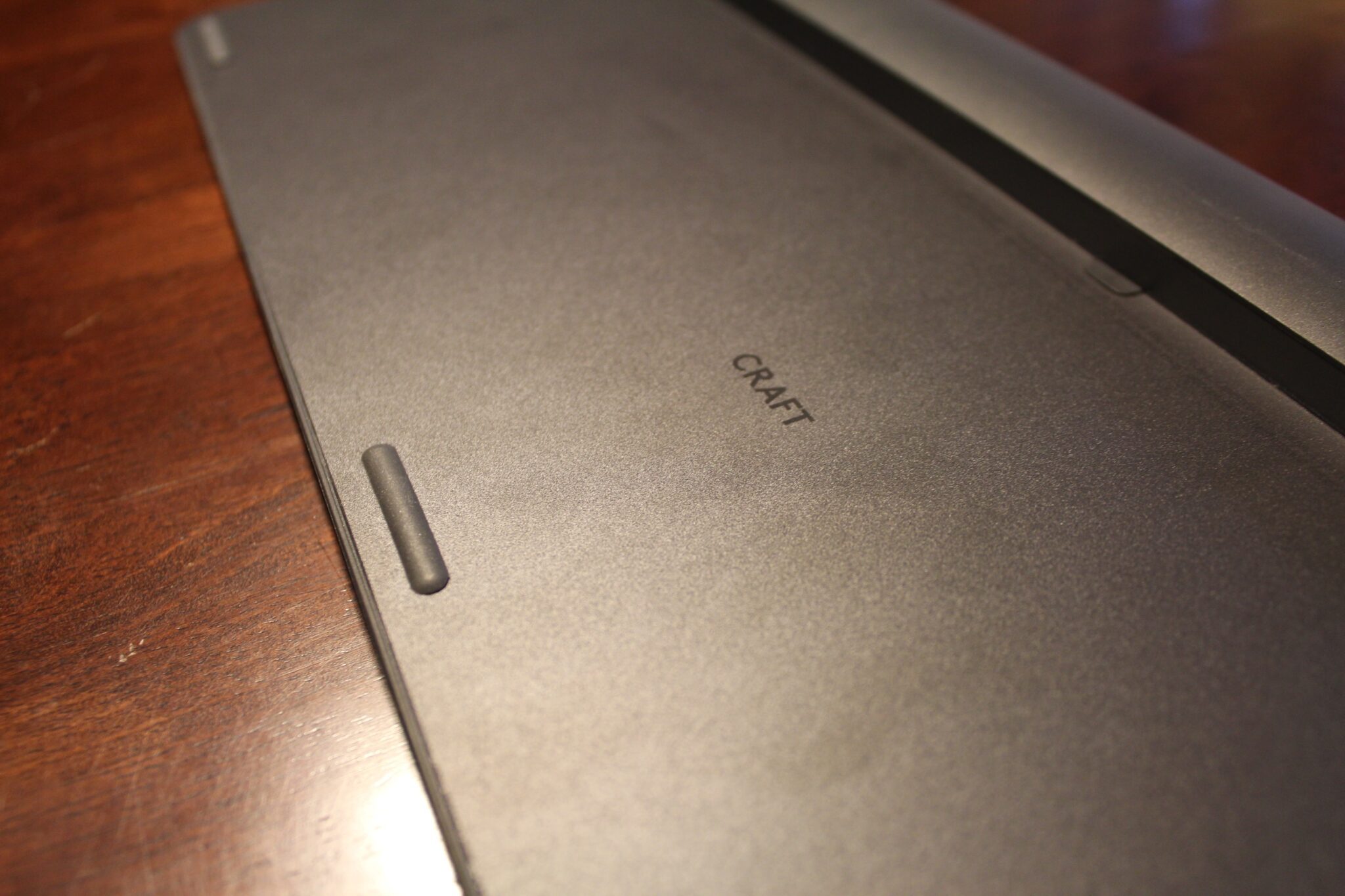 One thing that took getting used to was how flat the keyboard lays against the desk. You can see it sits with only a slight incline. 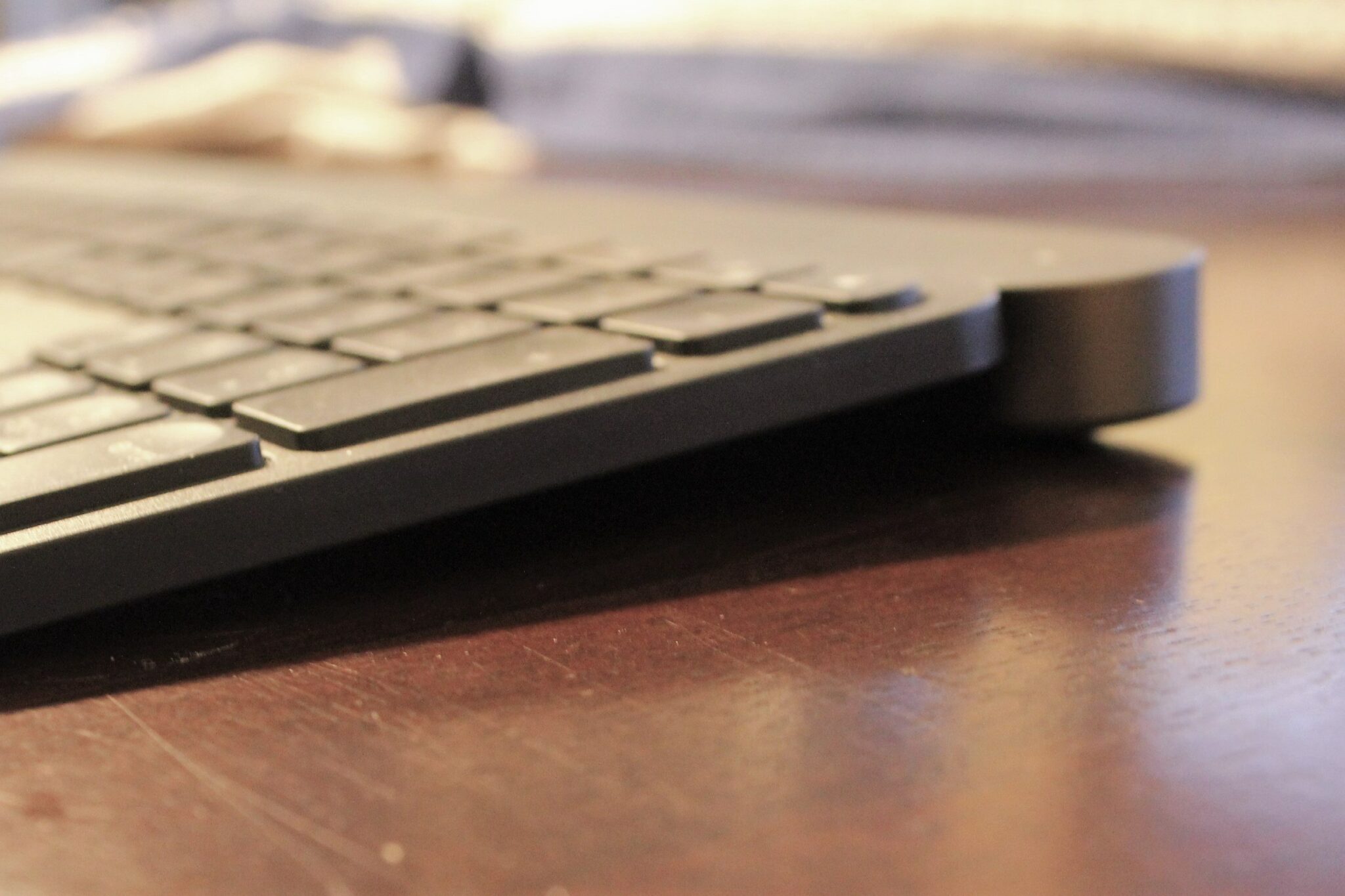 As someone who started typing before the age of laptops, I still sometimes prefer a greater incline while I type, so I rotated between propping the keyboard up a bit to give me some depth and having it lay flat. After a while, I started to prefer having it lay flat. 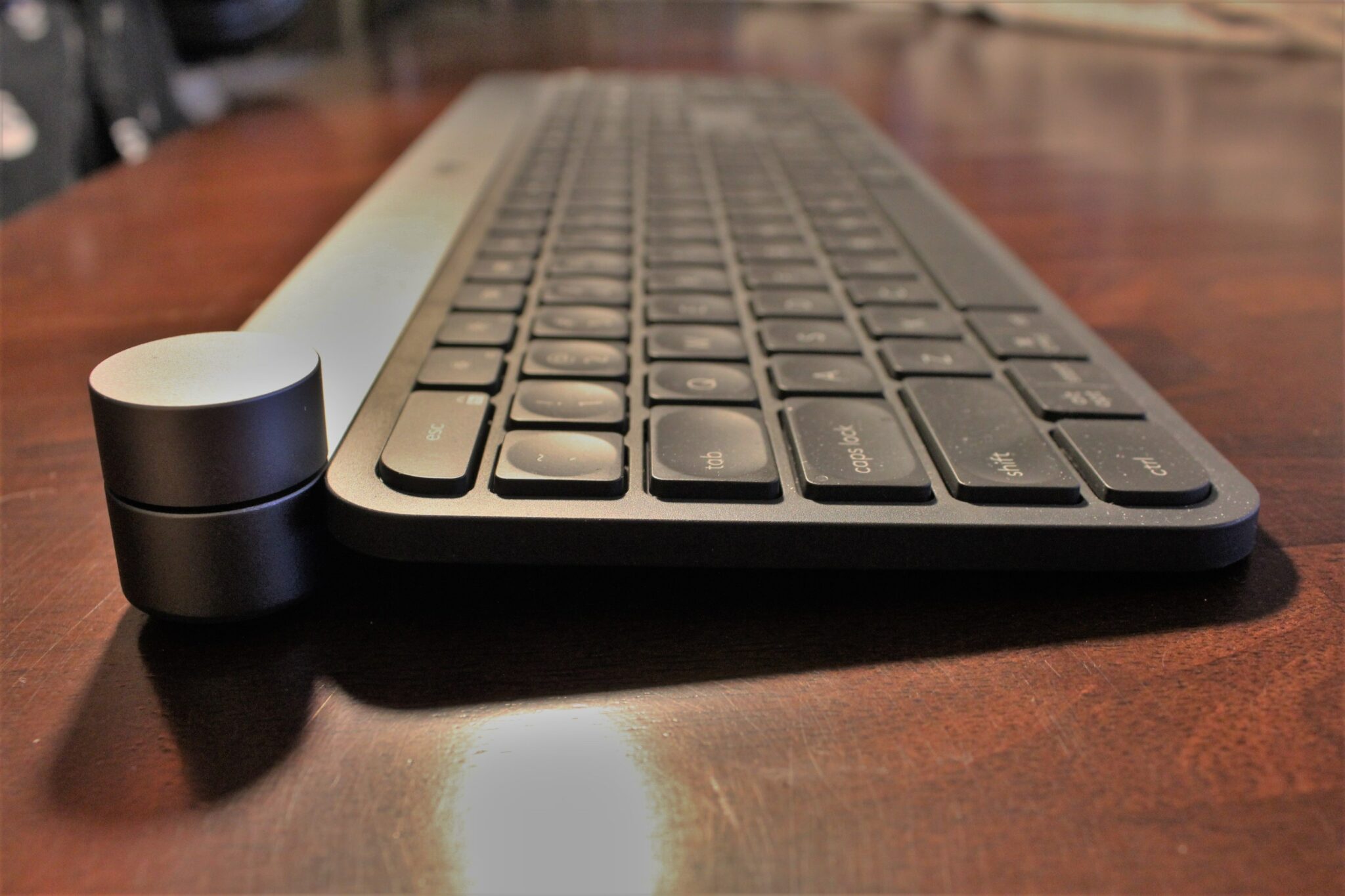 The Crown is perhaps the most interesting and daring aspect of this keyboard. Logitech built functionality into the Crown with the everyday Excel user in mind. You can see the Crown being used in the animation below.

The Crown works like a customized context menu. Depending upon where your selector is in Excel, specific menus will pop up. Here’s a screen recording I took of the zoom and scroll features.

Getting to the menu is super easy and requires a simple tap of the crown. Here’s a still shot of the context menu that shows up when you select a column. 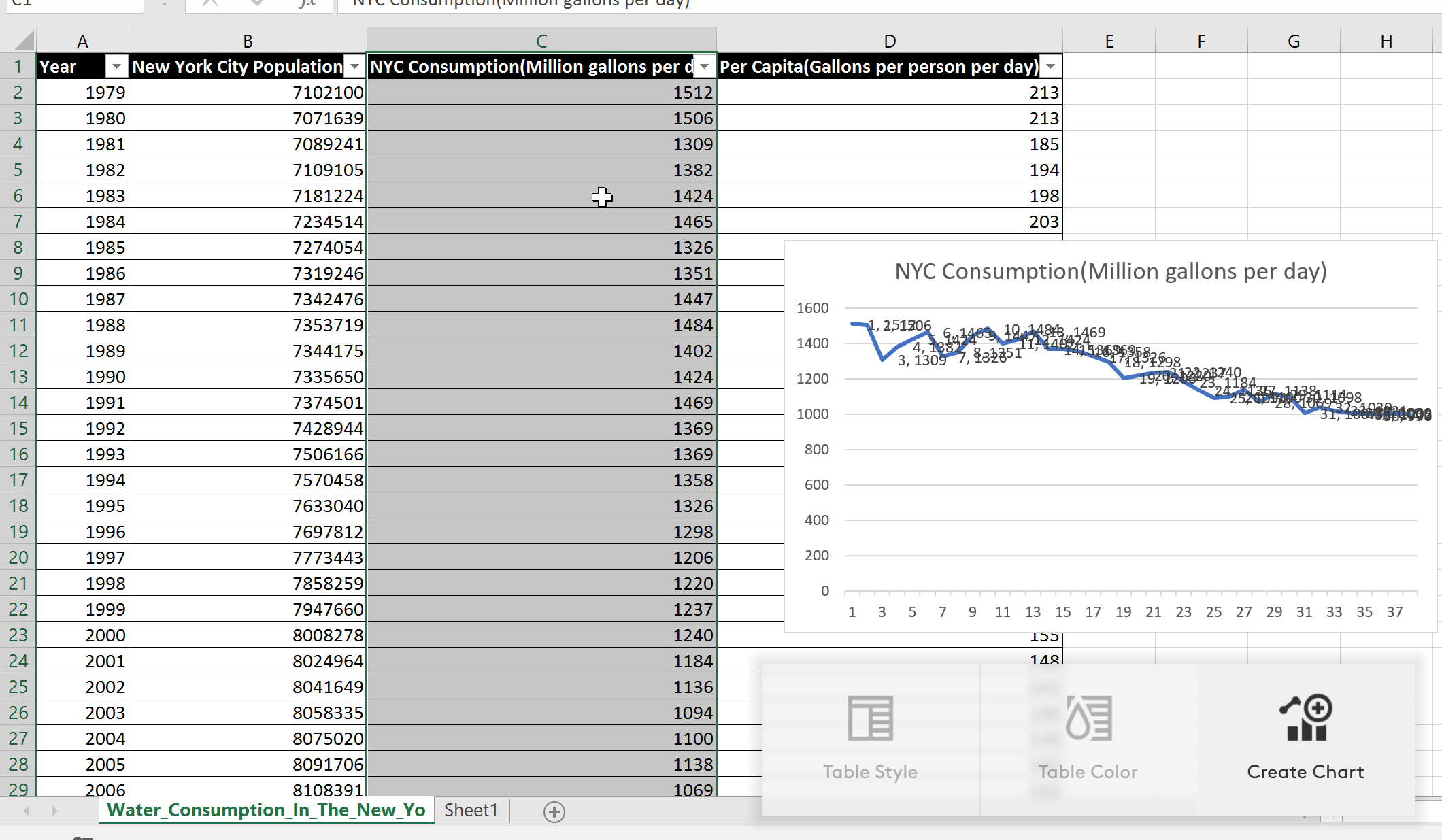 As of the latest software release, there was already a lot of functionality built into the crown. And I’ve been working with Logitech on adding even more features I think Excel users will love.

One thing I loved was how much you could get done with just the keyboard and Crown together. As most Excel users know, the keyboard is our main tool—especially if we take advantage of all those keyboard shortcuts! Using the Crown was like getting access to the shortcuts I love without pressing (and holding) so many buttons!

Logitech was kind enough to throw in a super nice mouse to use along with the keyboard. And this is perhaps where I found myself the most surprised. Like I said, I have a terrible habit of being skeptical of everything (perhaps it’s the data analyst in me). But I genuinely felt using the keyboard (and mouse!) helped my productivity. Like I said above, it’s neat that you can do so much and without having to look at your hands as you do it.

When I initially spoke with Logitech they described the Craft keyboard and Logitech mouse combination as allowing one to get into their flow more quickly. Flow is that magical place where you forget you’re actually developing in Excel or even working on a computer. You’re just in your zone. We all know that place. And, if you’re like me, you like to find the perfect conditions to create it.

I found myself quickly getting lost in my work (in a good way!) using the Craft keyboard along with the Logitech companion (albeit not Excel specific) mouse. There’s just something about the way these two devices work together. Even when I was surfing the internet—and not wrangling data—everything seemed much more effortless. But even the keyboard on its own was impressive.

And the real winner is using it in Excel. It took a while to get used to at first but over time I started integrating the Crown without realizing it. I think my favorite feature is being able to automatically insert an Excel table. Excel Tables are among the most valuable and underused features in Excel. And I just love how easily you can get to them. If nothing else, I hope it encourages more users to insert Excel Tables.

Summary… and next steps…

Logitech has just released this keyboard and it sells for $199. This is much more than keyboards usually go for but then this is no ordinary keyboard.

I’m assuming you’ll want to get your hands on and so you’re in luck. As part of our partnership with Logitech, we’ve secured several keyboards to give away! We haven’t yet hammered out the details of the giveaway (whether we make it a lottery or contest) but if you want the chance to get your hands on one, sign up below.

Over the next few weeks I’ll be providing more in depth reviews of the Craft keyboard—what I really liked and what could be improved. So stay tuned! I’m excited about the potential because the keyboard is the most important Excel developer’s tool—and this is the first improvement I’ve seen in years that I’ve liked.

Logitech imagined building this for you, the everyday Excel user. So in the comments describe what you’d like in an enhanced keyboard. What Excel features do you want with only a tap?