ModelOFF, the day of the test! - Excel TV

ModelOFF, the day of the test!

Today is the day of the final test for the sixteen competitors. Rick took some pictures of finalists (which will be posted in a later blog  post). I had a chance to view the testing space, but only for a quick moment. I can tell you: the room was mostly silent except for the quick, tapping of keys. Faces were serious and driven. Rick, upon leaving the testing space, confirmed “they were in the zone!”

So while today was quiet, yesterday was uproarious. Intralinks treated the finalists to a series of helicopter rides providing stunning views of the city. Later, a meeting at the Chelsea Market, afforded us a glimpse into New York’s much acclaimed urban culture. At a famous restaurant inside, The Lobster Place, fearless ModelOFF leader John Persico had a chance encounter with marketing guru, Seth Godin, while waiting in line to pay.

Afterward, we headed back to the Microsoft HQ in Times Square, where several folks from the product team gauged our input on a series of new features. At times, there was lively debate. Bill Jelen was there too. I told him I wouldn’t talk to him again until he started using Option Explicit.

Finally, the Excel.TV team went to interviewing the finalists. Rick did one-on-one interviews with the modelists, while Oz and I asked questions in a more informal setting in front of the ModelOFF “wall.” You can see the interview wall below.

Take a look at some of the photos of us at the event: 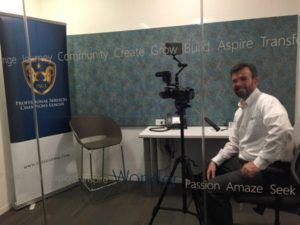 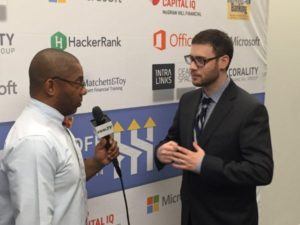 To find out more, stay tuned….

Up Late, Preparing for ModelOff 2014

09: The Founders of Excel Modeloff